“It is a rare child indeed who can come through his schooling with much left of his curiosity, his independence, or his sense of his own dignity, competence, and worth.”
John Holt, The Underachieving School

For many people it’s hard to believe that there is anything sinister about the school system. It’s difficult to view that nice lady that teaches your kid math and English as being involved is something ugly. But the truth is that she is, though her participation is almost certainly born out of the same well-intentioned yet ignorant beliefs about school that you and most of the population have.

To understand why public schools are so bad, we have to look at why, and by who, they were created in the first place. This article will focus on the American school system, but make no mistake, this all applies equally to Canadian schools, and the public school system of most other western countries. If it looks like a fish, smells like a fish, then it is a fish.

Prior the creation of the public school system, the education of children was designed to make good citizens, and to ensure each student found some particular talents to fully develop.

That purpose lives on today in our colleges and universities, where students self-direct their education, choosing their own course of study based on their own personal talents and interests. Sadly that is not the case in the primary education system in which every imaginable subject is forced down the throats of every child, whether that child has an interest in it or not. Few ever question the rationale behind this policy, it is blindly accepted that every child’s future depends on them learning algebra at the age of twelve, and God forbid they should find it boring because they’ll be put on Ritalin and drugged into submission.

The very idea of forced education being necessary is false. As human beings we are naturally curious and excited to learn, and at no time in our lives is that desire stronger than in childhood. Before a child has ever set foot in a school he was already done immense amounts of learning. He has learned to eat, to talk, to walk, and often to read, or ride a bike, or swim without ever having to be forced. A young child never complains about having to learn, because everything he learns fulfills his or her natural curiosity about the world.

And yet our public schools are filled with miserable, bored students for whom learning has become a punishment and not a pleasure, and school feels like a prison. Schools are filled with angry children, bullying is rampant. Strict adherence to the curriculum is enforced. Students who read ahead in class or otherwise go beyond mediocrity are not encouraged, they are scolded. Students who dislike math are labelled with various “learning disabilities”. Misguided “gifted” programs spring up that do little except to cause further social dysfunction in the classroom. Kids are given pointless tests that are in no way a measure of intelligence or aptitude, but rather a test of short-term memory.

So what happened to create the public school system as it is today, and why? Corporate American happened. The leaders of the industrial revolution realized that their success depended on not only having an easy to control workforce, but and easy to control, predictable customer as well. The public school system was designed to create both. It is no accident that public schools do nothing to teach kids how to manage finances, how to create wealth, entrepreneurship, personal responsibility, and self-reliance. People with such knowledge are exactly the opposite of what corporations need for success. They are also exactly the opposite of what politician and governments need to retain power.

The utter irrelevancy of the public school system can be seen easily if one looks at how many brilliant or successful people were either terrible students (according to test scores) or dropped out entirely:

Some may argue that school serves another purpose, that of teaching kids social skills and how to function in a society. Frankly, that’s bullshit. The society present in the unnatural environment of public school can hardly be considered a desirable one. Those who function at the top of the food chain the public school society would be considered some of the most despicable citizens in the world if their behaviour were continued beyond high school (and it often is). The rest of the school population survives as social outcasts for the most part.

Public Schools exist to create mindless consumers and easily manipulated workers, nothing more. Let’s be real here, that works for most people. But if didn’t work for you you’re not crazy, you’re just smart.

There is a book called The Teenage Liberation Handbook by Grace Llewellyn that I strongly suggest you read (even if you’re a grown up). 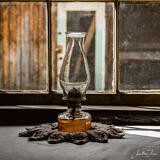