It’s hard to believe that this big guy used to be this little guy such a short time ago.

Yep, sadly he won’t be a puppy much longer. Well, appearance wise anyway, Aussies pretty much never stop being puppies.

He’s been such an awesome pup. He’s extremely obedient and trustworthy. He’s never wrecked or chewed anything except an old flip-flop. And that was just once.

I love this guy to pieces. 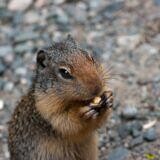