I really love food. In fact, cooking is one of my hobbies. I rarely use recipes, I just have a natural talent for knowing what will go well together, and making it happen. It follows then that I also love to eat.

I was a chubby kid. Almost everyone I know is surprised when I tell them that. Often, I am not sure they believe me at all. I’m a tall guy, so with my clothes on, I don’t look at all like the type of person who could ever have been chubby. As I grew older, I grew taller without growing wider, but I still kept a bit of a belly, it just became less and less noticeable as my frame got larger. But it didn’t go away, genetically, I am predisposed to having abdominal fat, it comes from my dad’s side of the family.

I never was particularly good at sports, which meant that I very rarely played them. I liked to ride my bike as a kid, but that’s about it. My fingers were the only part of me that got regular exercise back then, and that was from video games.

As an adult, my interest continue to revolve around indoor activities; books, movies, computers, and yes, still video games. So I adopted a naturally sedentary lifestyle.

When I was 17, I joined a gym, and went on a very regular basis. Unfortunately I did not know enough about nutrition, and I was working at a fast food restaurant at the time. As you might imagine, I made very little progress, and eventually stopped going.

After about a year, I joined a gym again, and for a little while I went, I still  did not really know enough about working out, or food and nutrition. So when I didn’t turn into the lean and muscular model I wanted to be, my attendance dropped off and became sporadic at best.

Over the years that followed I didn’t give fitness that much thought. I kind of resigned myself to being how I was. I was “skinny fat”. Skinny fat means you look thin when you have clothes on, and you aren’t overweight, but you aren’t fit. Most people who do not exercise are skinny fat.

But after I gave up my job in construction back in 2008 and moved away, I found that I had gone from getting little exercise to getting none at all. I found myself in a relationship that revolved around dinner dates, and, well pretty much dinner in general. I didn’t even notice it happening, but little by little the fat crept up on me. My pants got tighter, my gut became obvious, and my self-esteem in regards to my body started to free fall. Some people don’t mind being flabby. I do.

And so in September of 2008 I snapped some before pictures for inspiration, and armed with some awesome support and information from John Stone Fitness, I set out to get fit. This is what I looked like back then:

Honestly, it’s embarrassing to post this, but it’s also honest. As you can see in addition to being out of shape, I was also suffering from some serious posture problems, due to years of neglect. Those have been largely corrected by excellent chiropractic care over the past year and a half. In a future article I will include some present day photos.

As for the fat, I can tell you that I am winning the battle. I am in much, much better shape today that I was 18 months ago. I am not yet were I want to be. In truth, I have not been as consistent as I should would like to have been. But I have made steady progress. I have noticed it, and so have others.

Simple. I broke the rules.

From past experience I knew that I could not stick to an overly strict diet. I like food too much for that. I like eating out. I want my food to taste good. So I made up my mind that I would continue to eat foods that I enjoyed, I would simply be conscious of how much I was eating.

I made the decision that I would not totally eliminate junk food. I admire people who can do this, but for some people, like me, it can actually be counterproductive to deprive yourself. I decided that though I would minimize junk food, I would let myself have it now and then so as not to create “pent up demand”.

I would not stick to a strict schedule for the gym, nor would I split my routine up. My schedule is too unpredictable for that. I knew that for me to remain consistent, the timing of my workouts would have to be flexible. Therefore I decided that I would do fully body workouts, as often as possible, with at least one day of rest in between. This turned out to be a very easy plan to follow. Also, by working out my entire body, I never leave the gym with that nagging feeling that I could have done more.

Finally I started to walk everywhere I possibly could. I walked to and from work, I walked around Stanley Park whenever I got the chance, sometimes for several hours at a time.

How to get fit, in a nutshell: 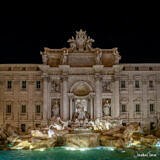 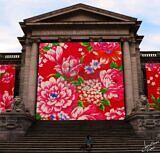 "Life is what happens to you while you're busy making other plans." ~ John Lennon